Lest We Forget: White Rock During the War Years 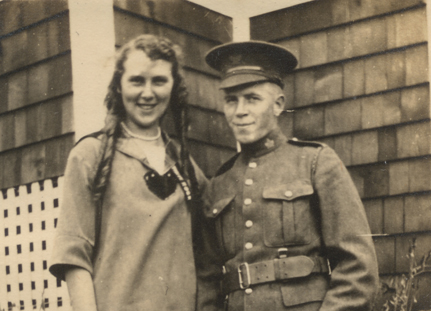 Our annual Remembrance Day exhibit – Lest We Forget: White Rock During the War Years recognizes the contributions made by White Rock residence to the war efforts in WW1 and WW2.

Thousands of men and women served their country on the frontlines. Those who stayed home in White Rock also served in the workforce, in convalescence, and in voluntary service organizations – wherever they were needed.

When war was declared, Canadians readily volunteered to serve. They came from small communities like White Rock and from large cities across the country.

Men and women joined the war effort, prepared to defend the rights and freedoms of a country they believed in. Many never returned home from their service and those who did were changed by their experiences for the rest of their lives. War also impacted families deeply because of concern about the fate of a friend or loved one.

We invite you to explore the history of White Rock at war through the museum’s collection and archival material.