Legacy and Change at Irene’s Place

Our current exhibition, Irene’s Place is an inquiry into the meaning of legacy and change in White Rock. This exhibition follows story of Irene Maccaud, who lived in White Rock from 1955 until her death in 1978. Through her object collections and properties, she intended to leave behind a legacy to live on past her time. A portion of her collection – an aspect of her legacy – is on display for you to enjoy at the museum until Monday October 8. 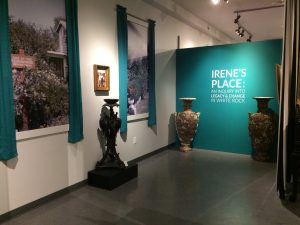 Irene’s legacy is a story of change, and we invite you to consider your own responses to her story. This exhibition asks the following questions of our visitors: 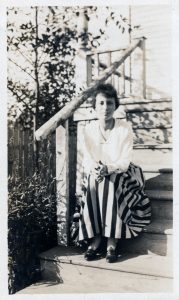 Irene Maccaud was born in Cortland, New York in 1897 to Lucy and Francis W. Maccaud. Her father was an Anglican missionary, and his work brought the family to Blaine, Washington in 1905, and to Vancouver in about 1915. The family spent many summers in White Rock.

Irene was an avid collector. She collected doilies, postcards, perfume containers, buttons, indigenous baskets, gulf islands, furniture, and much more. She was proud to share her collection so that those after her might benefit. What drove her to collect?

As she aged, Irene became more determined to find a home for her collection. In 1968, she sold her 5-acre White Rock property (15777 Thrift Avenue), her house, and all of its contents to the City of White Rock, with an understanding it would all be preserved. In a letter she wrote to the Washington State Museum in Seattle, she states that she “ha[s] what is suspected to be the finest private collection of North American Indian artifacts, besides a small collection of South Seas-African.”

Irene wanted her property, house, and collection to become the “Maccaud-Park-Museum-Complex”, as she once called it. Irene’s home was located near the historic Semiahmoo Trail, a historic walking and horse cart route connecting Semiahmoo Bay to the Fraser River. Irene claimed that her house was called the “smuggler’s shack”, as the original owner named Larsen was said to have smuggled German spies into the US during World War I. 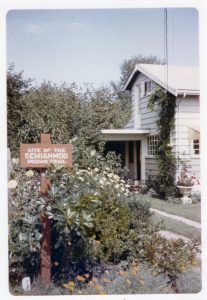 Irene finally succeeded in selling her property to the City in 1968 and required it be used as a park after her passing. She realized a much smaller profit than if she had sold to a private buyer. However, the City of White Rock did not purchase the prized collection within her house, but a loose letter of intent was signed to preserve the collection.

When Irene passed away in 1978, the City of White Rock and the White Rock Historical Society conducted research that found very little remained of the original “smuggler’s shack”, and no evidence could be found of a former owner named Larsen. Also, her collection was later appraised, found of little historical value. The majority of her collection was auctioned off afterwards.

Ongoing vandalism and concern over the safety of the structure as a public space led to a lengthy debate over its future. In 1979 the house was demolished and instead a 3.5 acre park and stone monument was established in Irene’s memory. Today, the museum preserves just a fraction of the contents of her home – most of which you can see on display today.

Today, Irene has succeeded in leaving a legacy. White Rock is home to Maccaud Park, with stone monument built in Irene’s honour. This museum is home to hundreds of her prized possessions; we regularly show elements of her collection, and carefully steward each piece. 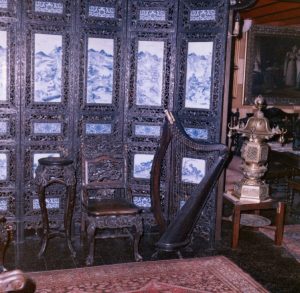 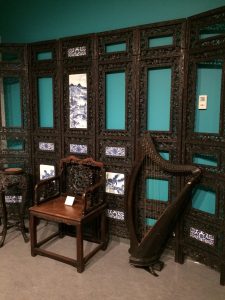 And, yet her legacy does look differently than she intended it to 40 years after her time:

And yet, these things remain her legacy, despite the changes that have taken place over time. What is the value in a changing legacy? Can any legacy be immune to change?

We invite you to come to the White Rock Museum and Archives to see what Irene Maccaud has to say, and to share your own views on change and legacy. For more information, read this Peace Arch News “Historical Perspective” by Hugh Ellenwood and Lorraine Ellenwood. 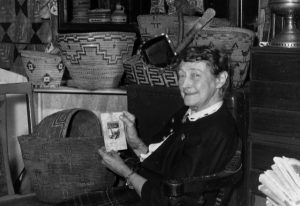