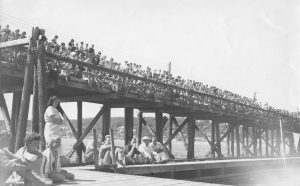 Please join us for this exhibit to explore the story of White Rock’s beloved pier. The exhibit runs from June 29 until September 5, 2021.

The White Rock Museum & Archives is grateful for our ongoing relationship with and financial support from the City of White Rock.